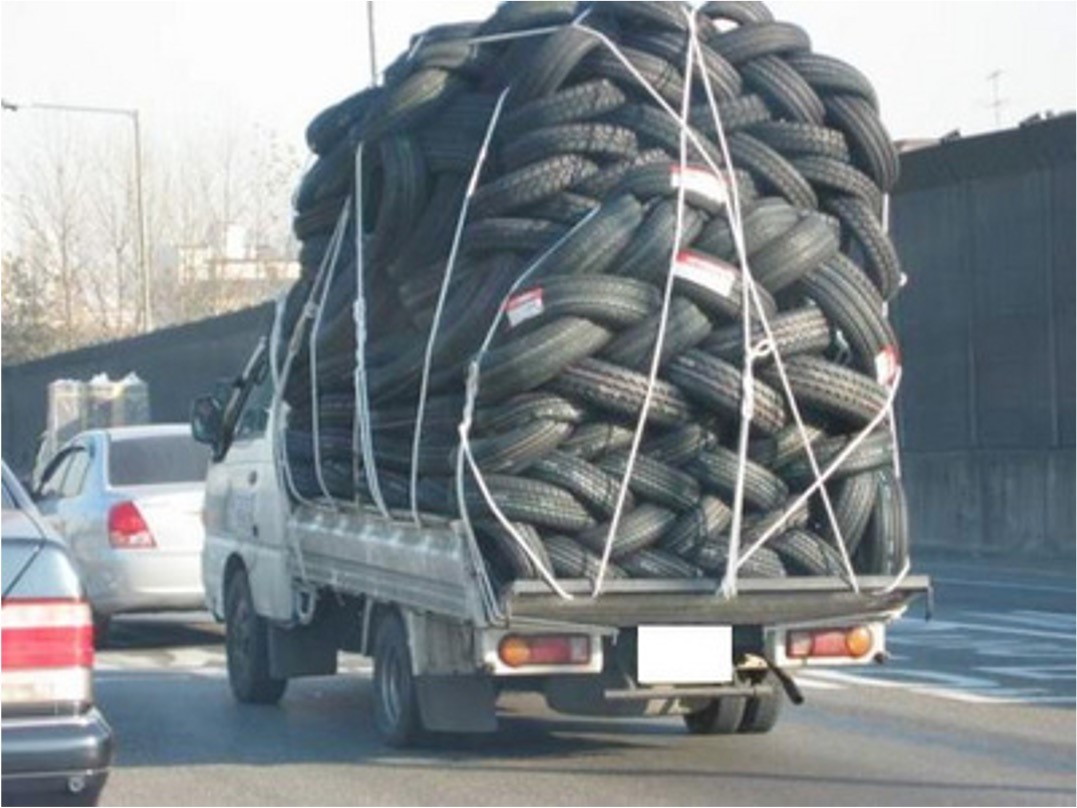 Often overlooked as a significant issue in the investigation of road collisions, there are over 22,000 road related incidents involving load security on motorways in England each year[1]. The scale of the problem is often understated, with many incidents going unreported, particularly those that happen off the strategic roads network. A recent report[2] from Warwickshire Road Safety Partnership showed that over a four-year period ending in August 2021, 986 ratchet straps, 1,144 tyres and 64 shed loads were recovered along with 5,386 other obstructions on the roads of Warwickshire. This problem is far from unique, with many news reports highlighting similar issues across the United Kingdom.

The importance of having a well-secured load cannot be understated. Most drivers are aware of the need to keep their vehicle in a roadworthy condition, renew insurance, keep up with vehicle maintenance and so on, but many overlook the importance of securing a load attached to the vehicle. Both the Police and Driver & Vehicle Standards Agencies (DVSA) enforce load security, and a poorly secured load can result in a fine, or the vehicle being prevented from continuing its journey.

As well as bringing liability for prosecution, insecure loads can cause serious handling issues and are commonly to blame for goods vehicle rollovers. When vehicles change direction, corner, or brake heavily, the friction between the load and the vehicle is often insufficient to keep the load in place; this can affect the handling and cause a vehicle to lose control. When loads shift, they can cause serious injuries and even fatalities to the vehicle’s occupants and other road users.

Regardless of the type of load or vehicle being used, the driver must ensure any load is sufficiently secured. It is a common misconception that heavier loads are more likely to remain in place because of their weight. Heavier loads are actually more likely to shift owing to a greater momentum. As a vehicle brakes, the force acting on the load will be equal to that acting on the vehicle, thus causing the load to try to move. The heavier the load, and the heavier the driver brakes, the more likely it is the load will move. 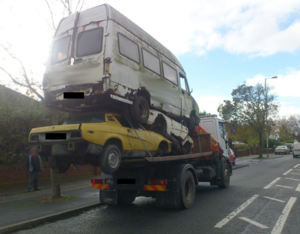 One cannot rely on friction alone to secure a load, and additional restraints, for example straps, ropes or chains, are needed.  The side curtain of a goods vehicle also cannot be safely relied on to contain a load – one should consider the curtain as weather protection only. Some curtain sided trailers (or vehicles) have load ratings; but these rarely secure a full load. There are also certain operating conditions under which these types of trailer, or side curtain, should not be used.

The problem is not specific to drivers of goods vehicles. Irrespective of the vehicle being operated, drivers need to consider how secure their load is prior to driving. This includes the Sunday trip to the local waste management centre, or the journey back from the furniture store with a load of flat-packed wardrobes. In all cases, lives can be put at risk if the load is not secured correctly.

There are several aspects which require consideration when seeking to employ a total load restraint system. This includes consideration of:

Where load security incidents result in an injury or road collision, TRL can conduct an assessment of the load’s security and, along with other evidence, seek to establish if the security of the load directly caused, or contributed to, the resultant injury or collision. 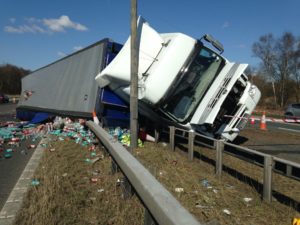