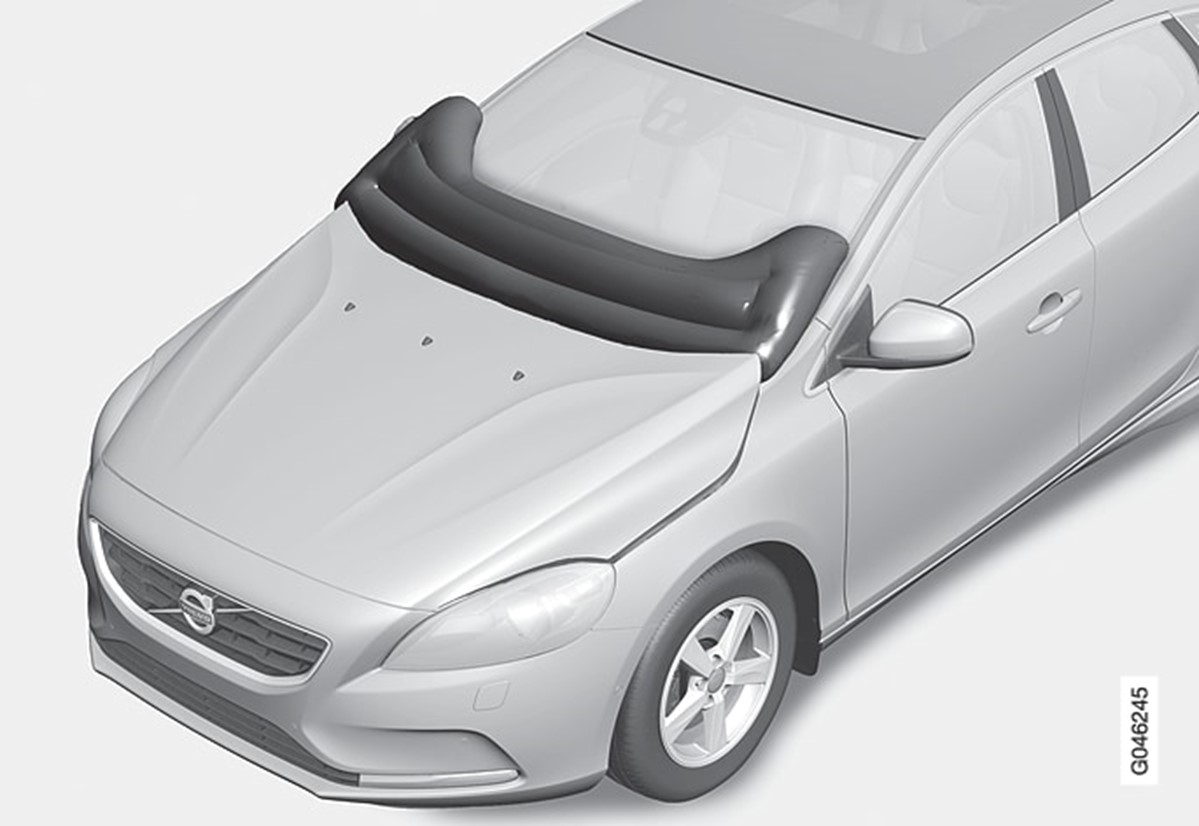 Every year, a large number of vulnerable road users (VRU’s) are killed in road traffic collisions, with a vast number seriously injured. In 2020, VRU’s accounted for 53% of all fatalities on UK roads, with pedestrians making up the largest proportion of this number at 24%.  In pedestrian collisions, the most serious head injuries are often caused by the hard structures under the bonnet panel, the lower edge of the windscreen, and the A-pillars. Vehicle manufacturers have developed various technologies to attempt to avoid collisions with VRU’s such as AEB pedestrian detection systems, which automatically apply emergency braking when they detect the presence of a pedestrian ahead of the vehicle.

It is widely known that airbags are fitted inside modern vehicles to protect the occupants in the event of a significant impact. These form part of the ‘Restraint System’, together with other safety features such as seatbelts and pretensioners. There are a number of different types of airbag, including frontal, side, and knee airbags; in addition there is also the lesser known ‘pedestrian airbag’.

Pedestrian airbags are similar to those inside the vehicle, but are fitted outside, under the bonnet and deploy when a pedestrian impact is detected. The airbag extends out of the trailing edge of the bonnet to reduce the possibility of the pedestrian’s head striking the lower edge of the windscreen and the A-pillars, thereby reducing the potential for serious injury. One vehicle which has these airbags fitted is the Volvo V40. On this model the bonnet would also be raised by a small amount, to limit the potential for the pedestrian impacting with hard structures underneath the bonnet, such as the engine.

As you might expect, each manufacturer’s system is very slightly different with varying threshold values for deployment. For example, on the 2016 Land Rover Discovery Sport, the technical documentation states, “The pedestrian airbag operates at speeds between 25 km/h and 50 km/h (15.5 mph to 31 mph).” On the 2017 Volvo V40, the documentation states, “The sensors are active at a speed of approx. 20-50 km/h (12-30 mph).” 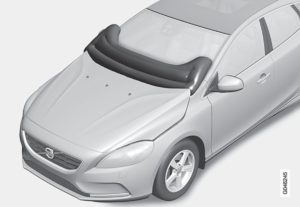 From an investigation perspective, the deployment of these pedestrian safety systems provides a reliable source for determining impact speed within a reasonably narrow range. This can be used alongside other more traditional methods, such as pedestrian throw calculations and damage analysis, to further refine the impact speed.

Pedestrian airbags are a reasonably new technology, only having been fitted to a small number of vehicles including the Land Rover Discovery Sport, the Volvo V40 and the Jaguar I-Pace, although they are also used on various models of Subaru in Japan. It would appear that the primary focus for vehicle manufacturers has been on technologies such as autonomous braking and pedestrian detection in order to prevent a collision in the first instance; these systems have now become more affordable and are therefore more common on a lot of vehicles. Going forward, if the focus switches from collision prevention to injury mitigation in the event of a collision, we may see the use of pedestrian airbags increasing.