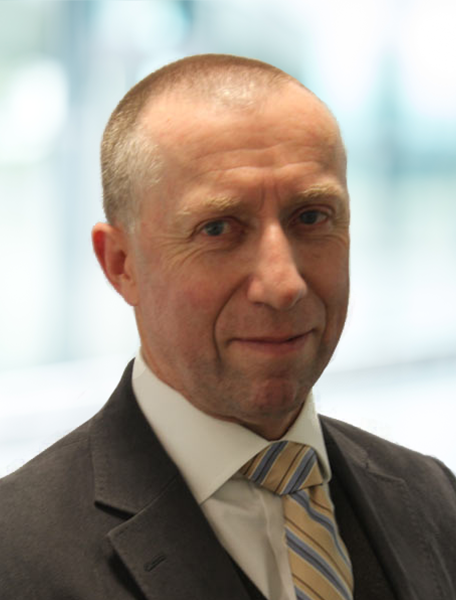 Mark Hill is a Principal Consultant in the Investigations Group at TRL, specialising in road accident reconstruction and providing consultancy advice. He is a member of the Chartered Society of Forensic Sciences, an Advanced Automotive Engineer, and is a full member of the Institute of the Motor Industry. He also holds the Licentiateship of the City and Guilds of London Institute in Traffic Accident Investigation.

Mark has been awarded a Master of Science degree with distinction in the subject of Collision Investigation at Teesside University; his studies focused on risk homeostasis, driver attitudes to vehicle safety features and their driving manner. He regularly presents to professional audiences on the subject of human factors associated with the road user environment as well as physiological and cognitive processes, such as in pedal error events, and also in how road users view the driven environment, both in their capability and the limitations.

Mark served as a police officer for 30 years during which time he worked as a Forensic Collision Investigator and Traffic Officer. He was involved in numerous collision investigations across the entire spectrum of transport modes and has completed formal training in collision investigation.  He has also completed training in motor vehicle examination, electronic stability systems, forensic tyre and bulb examination, investigation of pedestrian and bicyclist collisions, and to an advanced level in vehicle fire investigation.  He is also trained and is conversant in the use of Total Station Theodolite surveying equipment, laser scanning, collision reconstruction and animation software, and CAD plan production.

Mark has driving licence categories including motorcycle and large goods vehicles and holds police class one driving certificates for cars and motorcycles.

Mark’s knowledge of the French language has assisted with his investigation of collision events involving British subjects whilst abroad; his findings having been delivered within both Coroners’ Inquests and to the Judiciary.

Mark is an experienced expert witness, having prepared written expert reconstruction reports for the Court and has a substantial level of court experience, at all judicial levels. He has also appeared as the Court appointed joint expert witness in both Magistrates’ and Crown Courts as well as giving evidence in the high profile fatal accident inquiry involving the Glasgow bin lorry.

2015 Fatal Accident Inquiry: Glasgow bin lorry crash
Mark compiled reports relating to the accident reconstruction and human factors aspects of this incident, presenting expert witness testimony at the FAI held at Glasgow Sheriff Court which was widely reported upon across the press